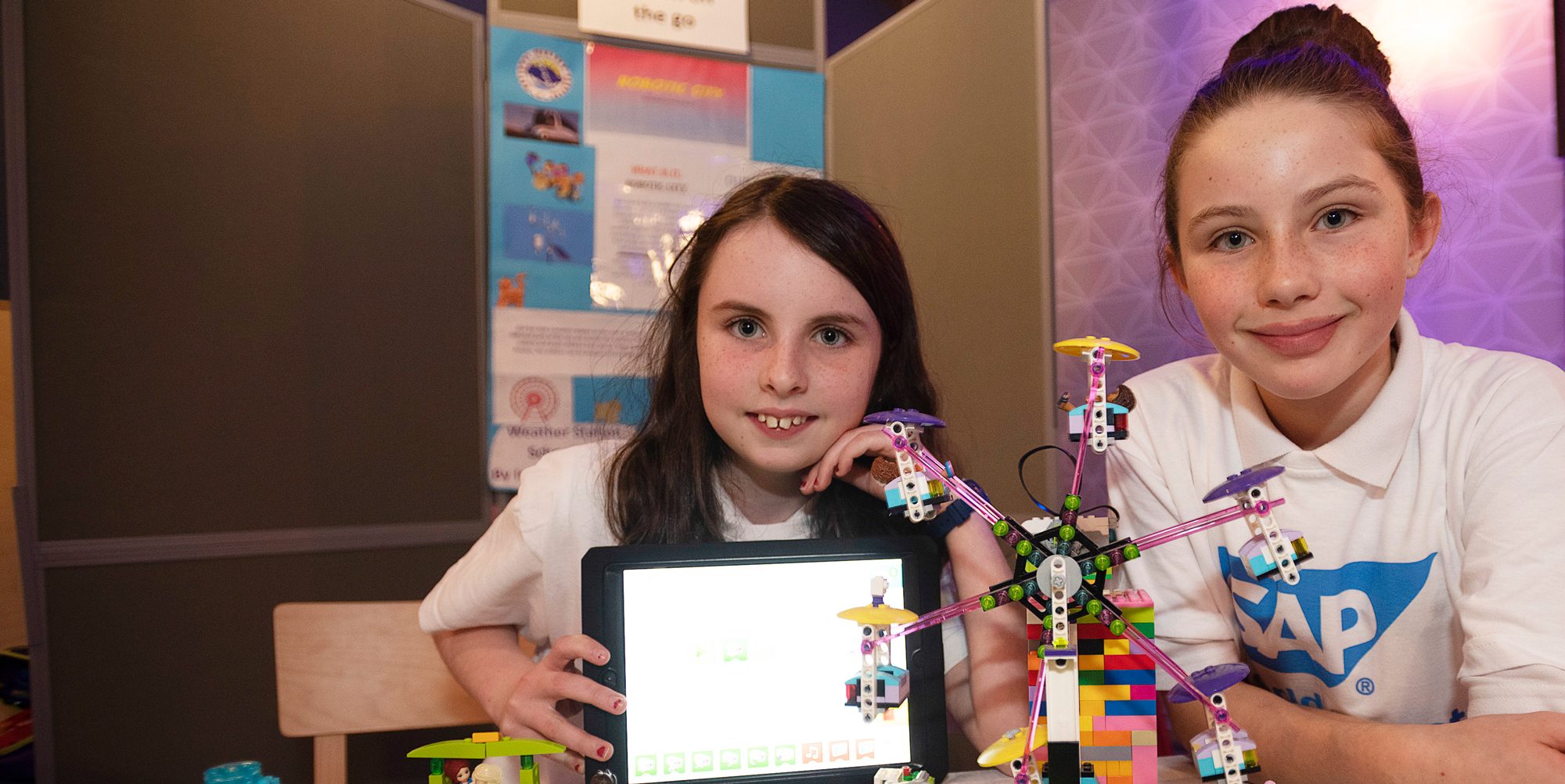 The board of The Camden Education Trust is composed of eight directors who are also the trustees:

Dr. Christine Domegan is a Senior Lecturer in Marketing at the National University of Ireland, Galway.

A graduate of UCC with a joint honours in Mathematics and Irish, Maeve has been involved in a number of education initiatives over the last decade including The Aviators of the Future program with the Galway Education Centre, Project Maths Reflections on Practice and Repurposing Education Through Blended Learning (REBEL) with the PDST and Erasmus+.

In 2013 Maeve was awarded a Fulbright scholarship and spent a year working in the Modern Languages Department at The University of St. Thomas, Minnesota as an Irish Language Teaching Assistant. As part of the Fulbright program, Maeve attended and presented at conferences on Irish culture and heritage, language acquisition and minority languages in New York, Washington and New Jersey.

A keen interest in policy and planning, in 2018 Maeve completed an MSc. in Public Policy at DCU. She was the sole recipient of the ASTI Centenary Scholarship for her thesis and research into the supply and demand crisis facing post primary education in Ireland.

Passionate about teaching and providing an education that is enjoyable and inspiring for all, Maeve has a keen interest in providing opportunities for learning that extend beyond the classroom and that are accessible to all students.

Christine is a Senior Lecturer in Marketing at the National University of Ireland, Galway. She is an expert in behavioural and social change with a extensive experience in shaping behaviour for the good of society and the individual, systems practice, democratic engagement and social innovation.

Christine is the lead researcher on the SOPHIE stakeholder discussions, engaging with stakeholders to ensure people across Europe have a stake in protecting the benefits to health and wellbeing provided by the marine environment.

Christine also holds other positions as:

She is the European Editor for the Journal of Social Marketing and co-author of Social Marketing: Rebels with a Cause, 2018, which draws upon her work as lead social innovation methodologist on a number of EU-funded projects, including Sea for Society and Sea Change.

Kate Murray is Principal Teacher in St. Augustine’s National School, Clontuskert. Her strong interest in robotics and coding led her to mentor both FIRST LEGO League and FIRST LEGO League Junior teams while making Clontuskert a Pioneer School for FLL Junior in Ireland.

Kate’s love of STEM led to the birth of the Aviator of the Future program, a partnership between the Galway Education Centre and the National Flight Academy in Pensacola, Florida. She is a Global Learning Ambassador for projects such as Climate Action, Human Differences and the Innovation Project.

Kate holds a Bachelor of Education (B.Ed.) in English/Language Arts Teacher Education from the University of Limerick, Mary Immaculate College.

Currently working in Galway Educate Together NS, Eimear began her teaching career in Galway in 2013 right after graduating from St Patrick’s College Drumcondra with a honours B.Ed degree.

Passionate about making learning enjoyable and accessible for all, Eimear is particularly interested in providing opportunities for skills-based learning in the classroom.

She worked as part of a small group of teachers to coordinate and run the MATHletes Ireland Provincial and National competitions in association with Khan Academy. She then worked to further develop the initiative under the new name of ‘Learnstorm Ireland’.

Nuala is a primary school teacher passionate about education, social justice and equal opportunity for all. She currently holds strategic roles advising key educational organisations and initiatives, including:

A former member of Galway Education Centre management Committee, Nuala also worked as a facilitator and mentor with the National Induction Programme for Teachers (NIPT) and acted as an advisor for Mathletes/LearnStorm Ireland. Nuala is a graduate of St Patrick’s College of Education and post graduate of the Dublin Business School.

Lorna is a print and radio reporter, and a former Irish Times western correspondent.

She is the author of Everest Calling (1994) on the first Irish Everest expedition; Mayday! Mayday! (2004) on Irish helicopter search and rescue; and Once Upon a Time in the West: the Corrib gas controversy (2010).

Niall is as an engineer turned medical student with entrepreneurial and management experience across the Irish educational technology, pre-hospital care and not-for-profit sectors.

A graduate of engineering from the National University of Ireland (NUI) Galway, he co-founded Colmac Robotics, an award-winning educational technology company specialised in robotics education, product development and corporate team building. Niall has also been part of the management team for the SAP FIRST LEGO League Ireland and EA Robot Games Ireland competitions.

Co-founder of the Mayo Division of St. John Ambulance Ireland in 2016, he returned to NUI Galway to study Medicine, Surgery and Obstetrics in 2018.

He is a Fellow of the Association of Chartered Certified Accountants (ACCA) and has served as Chair of Leinster and Connacht ACCA Members Panels as well as on the ACCA Ireland Committee. He has also supported on the delivery of CPD Programmes on behalf of ACCA to its members across the country.

Brian is on the Board of Management of Scoil Mhuire in Oranmore where he serves as Treasurer and also spent 7 years as an elected Board Member and Director of Galway Chamber of Commerce, including 2 years as Company Secretary.

Outside of work Brian is a keen golfer and is a Qualified Coach with both Maree Oranmore FC and Oranmore Maree GAA.

We use cookies on our website to give you the most relevant experience by remembering your preferences and repeat visits. By clicking “Accept All”, you consent to the use of ALL the cookies. However, you may visit "Cookie Settings" to provide a controlled consent.
Accept AllReject AllCookie SettingsRead More
Manage consent

This website uses cookies to improve your experience while you navigate through the website. Out of these, the cookies that are categorized as necessary are stored on your browser as they are essential for the working of basic functionalities of the website. We also use third-party cookies that help us analyze and understand how you use this website. These cookies will be stored in your browser only with your consent. You also have the option to opt-out of these cookies. But opting out of some of these cookies may affect your browsing experience.
Necessary Always Enabled
Necessary cookies are absolutely essential for the website to function properly. These cookies ensure basic functionalities and security features of the website, anonymously.
Functional
Functional cookies help to perform certain functionalities like sharing the content of the website on social media platforms, collect feedbacks, and other third-party features.
Performance
Performance cookies are used to understand and analyze the key performance indexes of the website which helps in delivering a better user experience for the visitors.
Analytics
Analytical cookies are used to understand how visitors interact with the website. These cookies help provide information on metrics the number of visitors, bounce rate, traffic source, etc.
Advertisement
Advertisement cookies are used to provide visitors with relevant ads and marketing campaigns. These cookies track visitors across websites and collect information to provide customized ads.
Others
Other uncategorized cookies are those that are being analyzed and have not been classified into a category as yet.
SAVE & ACCEPT
Follow us
Loading Comments...